His early combination of cartoon and saga led to an initial exhibition in his hometown at the age of 19. The year later he was admitted to a preparatory art school in Gothenburg. He continued 1986 to study art at the university. The following years became decisive for his artistic development towards abstract painting and, in particular, the informal aesthetics of abstraction.

When he started working as a graphic artist in 1994, the elements of printing and typography also came into his painting. In this mix he finally found his imprint-like imagery of fields and stains. It became a concept, a basic framework through his visual works. 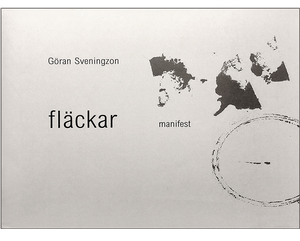 When he ended his graphic employment in 2013, he regained the independent creativity and began to rework his abstract material. Meanwhile, he also resumed his academic studies with advances in art-theoretical subjects. He received a Bachelor of Arts degree at the University of Gothenburg in 2020.

Despite a significant influence from theoretical aestethics, he has maintained his attitude to creation as something entirely intuitive and poetic. It has become particularly evident through his later abstract works and exhibitions of "lyrical fields" and stains.

The "lyrical" in the painting means that he sees rythm, emotion and intuition as visually crucial to the result. 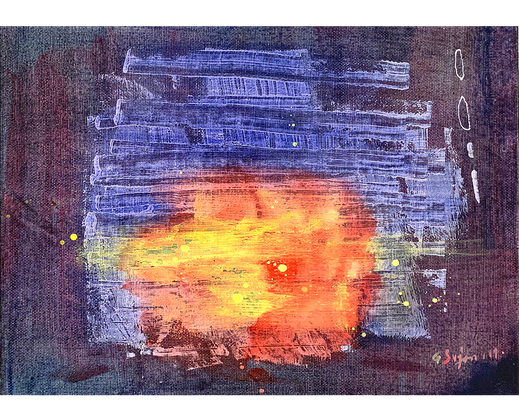 His relation to music also got a turn when he began to study the possibilities of digital audio workstations (DAW) in 2017. Initially, he began compose instrumental ideas that he had carried over the years, but gradually new material emerged.

With his concept LYROTRON he has reached a certain platform for his combination of art and music. Music composing has become a kind of counterbalance to his painting, a contrast that collides with colour, matter and form.